Flatfoot refers to the condition characterized by low foot arches. It can cause foot pain and may interfere with walking. Flatfoot occurs due to a variety of conditions including arthritis, injury, posterior tibial tendon dysfunction, and diabetes.

Flat foot deformity may be surgically treated by correcting any bone deformities and repairing the supporting tendons and ligaments. There are various procedures performed under local or general anesthesia. These include:

Depending on the type of surgery, you may be allowed to go home the same day or hospitalized for an overnight stay. Your leg will be immobilized in a splint or a cast and kept elevated for two weeks following which the sutures are removed. Another cast or removable boot may be placed depending on your condition. You will have to avoid weight-bearing on the operated foot for approximately 2 months and then gradually bear weight as tolerated. Your doctor may recommend physical therapy or the use of orthotics or ankle braces.

As with any surgical procedure, complications can occur and include the risk associated with anesthesia, infection, bleeding, and nerve damage. Risks specific to flatfoot reconstruction include non-union of bone, incomplete healing and break down of hardware. However, these complications are rare, and the overall success rate of flatfoot surgery is very high. 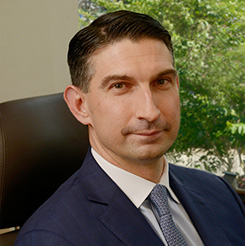